One participant did not provide adherence results for their first week. Therefore, their results are not included.

Summary of all participants adherence across both conditions

Stage in the experiment each participant performed best

As the study used a within-subject design, it is also useful to look at which stage of the study each participant was most adherent.

Looking at the performance results alone, it is impossible to gauge if the within-subject design influenced behaviour across each stage of the study. I.e. did the participant perform better in the second stage because they had ‘learned’ to take their pill, and had gotten into the rhythm of medication taking from their experience in the first week. This information can only be obtained through the post-study interview. However, the answer is also subject to bias.

Did the SMS reminder have an impact?

Yes. Across both stages of the study, only the experimental group had an adherence of 80% or higher.

Did the intervention help them be adherent when they might have otherwise not been?

In the end of study interviews, all participants stated that they had the same barriers for taking their medication; being busy, independent of which stage in the study they were.

The reminder helped them to take their medication when they were busy.

If you forget, the message reminder is there the next time you check your phone

Would the participants recommend the SMS reminder to a friend?

Yes. The average score was 9 out of 10, with one 1 being not at all likely, and 10 being extremely likely.

Did the SMS reminder help them remember their pills?

Did the SMS reminder help them complete their prescription?

Compared to previous prescriptions, did they feel they performed better or worse at taking their medicine with the SMS reminder?

When asked about the reasons affected the likelihood of medication adherence, a participant commented:

One of the participants that had experienced the experimental condition in the first stage of the study mentioned that they found the reminder annoying. After the second stage of the study, when asked about their adherence and method for remembering to take their medication stated that they had set up their own reminder on their phone. 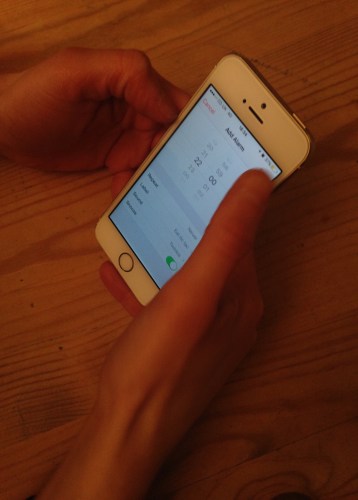 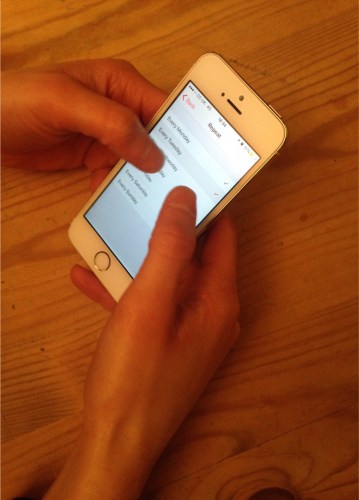 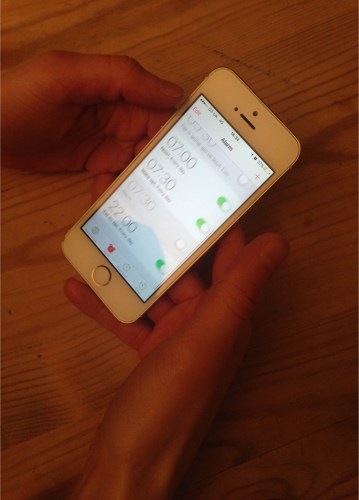 Participant showing an example of a reminder